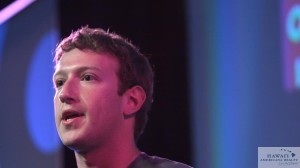 The social media mogul, who had also looked into buying the 56,744-acre Molokai Ranch before settling on the Kauai property, wants to build is build his own home and a guest house on the hundreds of acres he acquired on the Garden Isle, Steve Hunt, tax manager for the county, told PBN.

Zuckerberg, the world’s 16th richest person with a net worth of $34.7 billion, according to Forbes, paid $135.5 million alone for the hundreds of acres of the beachfront estate called the “Kahuaina Plantation.”

He also purchased hundreds of acres nearby Kahuaina from James Pflueger, the retired Hawaii auto dealer, who pleaded no contest in 2013 to a felony count of reckless endangerment for his role in the deaths of seven people who were killed in a 2006 collapse of the Ka Loko dam on his Kauai property.

Hunt, who also owned a real estate appraisal company, Island Appraisal Co. LLC and formerly was the county’s director of finance, said that Zuckerberg bought the land, basically, as a hideaway.

“When the whole thing is said and done [on all the land he purchased], [he] might be approaching $200 million on total purchase price,” said Hunt. “This is someone who can afford to buy whatever he wants to buy and he’ll pay the price he needs to get, and privacy is a bigger issue to him than anything else.”