During January, sales of
162 single-family
homes and 2 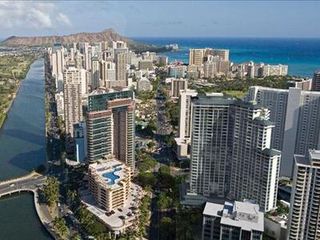 "January's sales
numbers
for both single-family homes and condominiums are very
encouraging for
the Oahu real estate market," said Brian Benton, President of
the
Honolulu Board of REALTORS®. "Competitive pricing, current
inventory levels, and the extension of the federal tax credit
seem to
be turning house hunters into first time homebuyers."

Established in 1922, the Honolulu Board of REALTORS®
is one of the largest of 1,600 boards of REALTORS® in the
nation
and, with over 5,500 members, the largest trade organization
on Oahu.
Membership is available to licensed real estate brokers,
agents, property
managers, appraisers, counselors and others engaged in all
aspects of
the real estate industry pledged to adhere to a strict Code of
Ethics
and Standards of Practice. For more information, call (808)
732-3000
or visit www.HiCentral.com.
(This report reflects information about
resales of existing
properties only and does not include new home sales. All of
the MLS
information is compiled from sales reported during the cited
months;
this data is known only after closing of escrow. The time
delay between
the signing of a sales contract and the closing of escrow is
usually
between one and three months.)