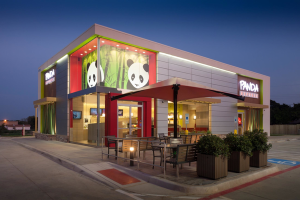 The billionaire husband-and-wife founders of the Chinese fast-food restaurant chain Panda Express have purchased a beachfront mansion on Honolulu’s Kahala Avenue that was once owned by the late Honolulu attorney David Schutter for $15.2 million, according to public records.

Andrew Cherng and Peggy Cherng, who have a net worth of $3.1 billion, according to Forbes, formed CFIC-2014 NV Family Investments LLC for the purchase. The company’s address is the corporate headquarters of California-based Panda Restaurant Group, the parent of Panda Express, Panda Inn and Hibachi-San.

The new owners of the Kahala estate plan to demolish the existing 18,000-square-foot home and rebuild, the construction firm owner that will have a hands-on role in the future development of the property for the Cherngs, previously told PBN.

Oahu Auctions held an estate auction on Feb. 28 to liquidate the contents of the 17-bedroom home, which was formerly owned by Japan-based Fuji Fund Ltd., formerly Kirin Planning Ltd.

The property, which had been on the market for about five years, had been listed for $26 million and has a total assessed value of about $23.4 million, according to public records.

Mike Gobran, owner of MBC Construction LLC, said that the owner will demolish the estate, with the new plan for the property going through the design process.

Bank of Hawaii acquired the property through foreclosure in 1995, which. It was purchased by Kirin Planning two years later for $7.2 million, tax records show.

The Cherngs, who founded Panda Express in 1983, have grown the chain to nearly 1,8000 eateries in the United States, Puerto Rico and Canada, with franchised restaurants in Mexico, Korea and Dubai, according to Forbes.

Kahala Avenue has seen some major activity in sales recently, especially after Alexander & Baldwin Inc.’s (NYSE: ALEX) purchase of Japanese businessman Genshiro Kawamoto’s property on one of the most prestigious streets in Hawaii.

Far East Organization, one of the largest private property developers in Singapore, paid $19.4 million for a Kahala oceanfront property that once hosted presidents and heads of state.