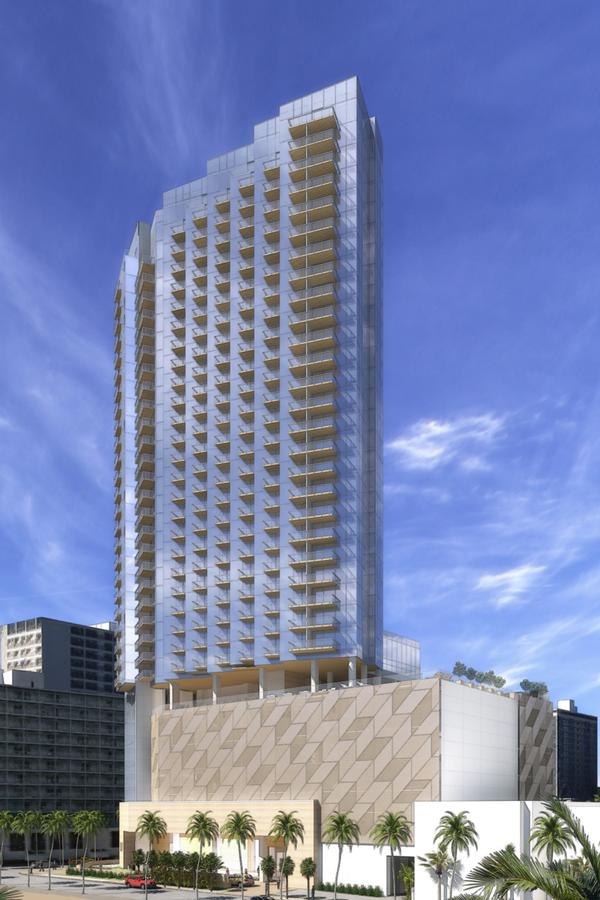 Artist rendering of the condominium-hotel project to be built at King’s Village in Waikiki, Courtesy Kusao & Kurahashi

A partnership between Honolulu-based BlackSand Capital, Kobayashi Group and The MacNaughton Group. have released a rendering of the proposed redevelopment of the King’s Village behind the Hyatt Regency Waikiki Beach Resort into a mixed-use condominium-hotel project in Waikiki.

Keith Kurahashi of Kusao & Kurahashi Inc. presented an update and informational briefing to the Waikiki Neighborhood Board on Tuesday. Kurahashi said the project has adhered to Waikiki Special District Rules, and the 350-foot, 33-story condominium tower’s unit count has dropped from 256 units to 248 units.

Kurahashi first presented the plans before the board in April 2014. The King’s Village, Prince Edward apartments and Hale Waikiki will be demolished for the project. The Honolulu Star-Advertiser reports neighbors at Tuesday’s meeting said they would oppose the plan.