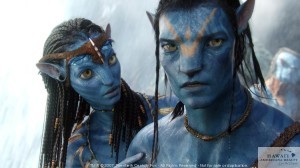 Actor Sam Worthington, who starred in the movie “Avatar,” has sold his Hawaii properties

“Avatar” star Sam Worthington has sold his Hawaii properties on Kauai’s North Shore for about $5 million, according to public records.

PBN reported in March that the Australian actor, best known for his lead role in the blockbuster hit “Avatar,” had put his Kauai properties on the market.

The 11 acres of property in Kealia Makai include a three bathroom, three-bedroom 4,352-square-foot home as well as about six acres of an adjacent vacant lot, according to public records.

Worthington, who also starred in “Clash of the Titans,” “Terminator Salvation” and “Call of Duty: Black Ops,” purchased the properties between September 2011 and April 2012. He’s also part of the cast of “ Everest,” which is scheduled to be released in September.

The buyer, who paid cash for both properties, isn’t known at this time.

The red-hot Kauai North Shore market has drawn many a celebrity to the area, including Facebook’s Mark Zuckerberg and Oakley founder James Jannard.

Read my recent cover story in the print edition of Pacific Business News about the effects these property sales have had on the market.