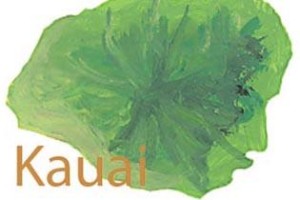 The median price of a single-family home on Kauai soared 72 percent on fewer sales in March, approaching $1 million, driven by sales of homes on the North Shore that flirted with a median price of $2 million, according to the Hawaii Information Service on behalf of the Kauai Board of Realtors.

The Hanalei district on Kauai’s North Shore, which includes Princeville, saw sales rise 45.4 percent to 16 homes sold, while the median price there jumped 65.9 percent to $1.8 million, from $1.1 million a year ago.

With sales down and prices up, one might assume that very little new product inventory exists, but Cassiday says new condo sales actually increased from 192 to 195 in 2014. He adds that new product is in the pipeline, including projects in Makena and Wailea on Maui and Princeville Lagoons on Kauai.

Another reason could be on the demand side, saying, “the buyers in the price ranges below median price are less confident than those above, and are staying on the sidelines,” he said. “Hence, the high end seems to be driving the market, for now.”

The number of condominium units sold on Oahu in February was 23 percent higher than the number of units sold in the same month last year, according to the Honolulu Board of Realtors.

Oahu’s condominium market continued its hot streak in February, with sales increasing by 23 percent and prices rising 8 percent compared to the same month a year ago, according to the Honolulu Board of Realtors.

“These numbers aren’t all that surprising, given that February is typically a down month in Honolulu,” Kevin Miyama, president of the Honolulu Board of Realtors, said in a statement. “We anticipate the numbers will start to climb from now until July, which is the high point in the market.”

Inventory — which is the amount of time it would take for all listings to sell if there were no new listings — dropped by more than half for both categories. There were 2.3 months of inventory for single-family homes, 55 percent lower than the 5.1 months of inventory remaining in February 2012.

Buoyed by a strong currency exchange, a rise in the cost of oil and drop in home prices, Canadians have overtaken the Japanese as the No. 1 international buyers of Hawaii residential real estate.

Buyers from Japan historically have dominated the number of home sales made in Hawaii to non-U.S. buyers, with a focus on Oahu.

But last year, buyers from Canada purchased a total of 425 homes in Hawaii — 48 percent of all sales to non-U.S. buyers. By contrast, buyers from Japan purchased 245 properties, or 27 percent of the number of international sales, according to data compiled