This updated rendering shows some of the design revisions developer Pacrep LLC has made to the 2121 Kuhio condominium hotel project, which is being marketed as The Ritz-Carlton Residences, Waikiki Beach.
Courtesy Pacrep LLC

Some units in a proposed 37-story Waikiki condominium hotel tower that will be branded under The Ritz-Carlton Residences flag will go on the market this spring for more than $15 million, one of the highest asking prices ever for a new condominium unit in Hawaii.

The website for The Ritz-Carlton Residences, Waikiki Beach, says prices for the units, which range from a 401-square-foot studio on one of the lower floors to a 1,790-square-foot three-bedroom, three-bath unit on one of the top floors to a top-floor penthouse, start “from the $500,000s to over $15 million.”

In comparison, the penthouse units at the ultra-luxury One Ala Moana condo being developed atop the parking garage next to the Nordstrom department store behind Ala Moana Center by a partnership that includes the Howard Hughes Corp. (NYSE: HHC) are being marketed for around $9 million.

That building has drawn interest from some Mainland billionaires, including Mark Zuckerberg, founder and CEO of Facebook Inc. (Nasdaq: FB).

The sales office for the Ritz-Carlton project will open in mid-April in the Luxury Row retail complex on Kalakaua Avenue adjacent to the project’s site, which is also home to luxury retailers Tiffany & Co., Chanel, Gucci, Yves Saint Laurent, Coach, Tod’s, Bottega Veneta and Hugo Boss.

California-based Pacrep LLC, which is developing the Ritz-Carlton project that’s also known as 2121 Kuhio, expects to start construction on the building later this year, with a completion targeted for late 2015 or early 2016, Jason Grosfeld, principal of Pacrep LLC, told PBN.

Pacrep recently secured approval for a Waikiki Special District permit, although the Honolulu Department of Planning and Permitting attached conditions to the approval, including design revisions.

The developer’s current design already incorporates many of the revisions requested by the city, including an articulation to the building’s facade, Grosfeld said. Grosfeld is also a principal in Irongate, which developed the Trump International Hotel & Tower Waikiki Beach Walk and the Watermark Waikiki.

“We’ve already been addressing and satisfying some of these comments,” he said.

Grosfeld said Pacrep will apply for building permits once the design is completed.

Grosfeld is confident there will be strong demand for the units.

“We’ve had thousands of people contact us to get more information about the project,” he said. “We have hundreds of people who want to buy right now.”

Howard Hughes Corp. CEO David Weinreb told shareholders Tuesday that the developer expects to make a profit of $66 million from the ultra-luxury ONE Ala Moana condominium tower being built next to Nordstrom at Ala Moana Center, seen in this rendering.

The Howard Hughes Corp. expects to make a profit of $66 million from the ONE Ala Moana ultra-luxury condominium tower under construction behind Hawaii’s Ala Moana Center shopping mall, the developer’s CEO told shareholders on Tuesday.

Howard Hughes Corp. (NYSE: HHC) CEO David Weinreb said in a letter to shareholders that the units at the building, which is being developed in a partnership with Hawaii developers the Kobayashi Group and The MacNaughton Group, sold out for an average of $1,170 per square foot.

The cost of the project, including the value of Howard Hughes’ air rights, is about $900 per square foot, which means the developer expects to make a profit of $66 million, Weinreb said.

Mark Zuckerberg, founder, chairman and CEO of Facebook Inc. (Nasdaq: FB), is reportedly one of the buyers of several multimillion-dollar units in the 23-story ONE Ala Moana project, which is being built atop a parking garage adjacent to the Nordstrom department store.

The company expects Ward Village to “capture premiums” in the same way buyers have paid premium prices to live in the company’s Summerlin development near Las Vegas or The Woodlands near Houston.

Weinreb noted that the Ward properties it had acquired from General Growth Properties (NYSE: GGP) generate about $23 million a year in net operating income. Howard Hughes has plans to build about 500 market-rate units and at least 125 work-force units as part of the Ward Village master plan.

“While we have not yet determined pricing for our first phase towers, market data suggest that comparable existing ‘front row’ product with unobstructed ocean views resold in 2012 at an average price of approximately $1,400 per square foot,” Weinreb wrote. “Hokua, which is the condominium tower adjacent to Ward, resells at the highest average price per foot of any condominium tower in Honolulu, approximately $1,400 per square foot.”

Hokua was also developed by a partnership of the Kobayashi Group and The MacNaughton Group, along with A&B properties, the real estate arm of Alexander & Baldwin Inc. (NYSE: ALEX).

Honolulu has long been the urban core of Oahu, drawing people from around the island with its high energy and close proximity to everything. Capitol Place, a distinctive residential building on the edge of the Capitol District provides unique luxury high-rise homes with a lifestyle to match that offers convenience, first-class services and amenities, in a vibrant neighborhood.

It’s convenient city living at the top of Bishop and Alakea Streets with incredible mountain, ocean and town views. Residences are a blend of upscale, contemporary one-, two- and three-bedroom condominium homes with incomparable hospitality services and amenities like that of a luxury hotel or private club.

Wireless connectivity is conveniently made available throughout each residence and all common areas. State-of-the-art Viking appliances adorn the sleek kitchen layout, complemented by beautiful granite countertops.

Here at Capitol Place, you will connect to a new way of life. A new way of doing things. We invite you to be a part of our community. Come by today and experience how the wide range of amenities and services provide residents with a home they love to live in.

It’s nice when you live in a place that has everything. Capitol Place is that place. It has all the state-of-the-art amenities that you want, from entertainment to exercise equipment.

Workout, party, walk the dog, barbeque, listen to music in the soundproof music room, or relax with a movie in the media room without ever having to leave the building. It’s all right here. How’s that for convenient?

At Capitol Place, you will experience a service culture, where residents will enjoy the same dedication to comfort and excellent attention to detail found in many Hawaii hotels.

Residential Specialists will greet you with warm aloha and the following menu of personalized services:

Capitol Place Residential Specialists will also be available to provide residents with information regarding the following “fee for service” providers:

This advertisement is not an offering. No offering can be made except pursuant to an effective Preliminary or Final Public Report filed with the State of Hawaii Real Estate Commission. Every detail described, or illustrated or shown is subject to change at any time without notice at the sole discretion of the Developer, including, without limitation, the sales prices, apartment numbers, unit types, components, finishes, dimensions, sizes, designs, floor plans and building heights. All square footages approximate — net living area may vary as to unit location in the building. Units vary. Please refer to the Condominium Public Report for project and unit specifications for a particular apartment.

With the Hawaiian Americana Buyers First 30% Rebate – buying this property through Hawaiian Americana Realty, Inc you could save up to $11,245.00 to use towards closing costs, repairs or even cash back if your lender approves – for more details call 808-791-2923 or e-mail [email protected]

Great things are happening at The Allure Waikiki!
Our new price release generated ten sales in the first week! Consequently, the developer has released fifteen more units. I have attached the new pricing for your review.
Please call me to schedule a showing or for additional information. 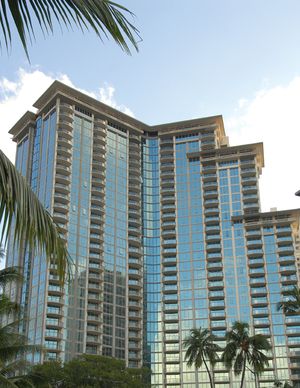 A striking addition to the island skyline, the 35-story Allure Waikiki marks the gateway to Waikiki with a prominent Kalakaua Avenue address. With stunning residences, gorgeous common areas indoors and out, and a state-of-the-art fitness center with an overall wellness program for residents, Allure Waikiki isn’t just a plac e to live; it’s a lifestyle.

The residences at Allure Waikiki feature floor-to-ceiling windows showcasing spectacular
views of the urban beach community, from the surrounding ocean and Diamond Head to
the lush mountains. Ranging from 833 square feet to 1,633 square feet, Allure Waikiki offers an array of spacious one, two and three bedroom floor plans, each with a private lanai. Environmentally friendly features at Allure Waikiki include high-efficiency premium appliances, energy efficient low-E windows and more. 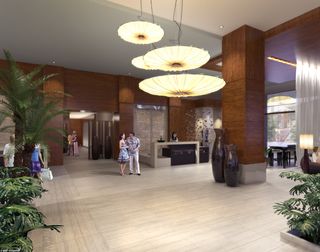 The expansive 19,500-square-foot recreation deck frames a resort-style infinity-edge swimming pool and spa with a waterfall. Private barbecue areas and a club room complete with a catering kitchen and comfortable rattan furniture make Allure Waikiki an ideal setting for entertaining.

A lush park is situated just outside the Grand Lanai, where native Hawaiian landscaping and a pond offer a serene setting for residents. 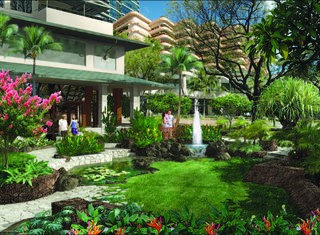 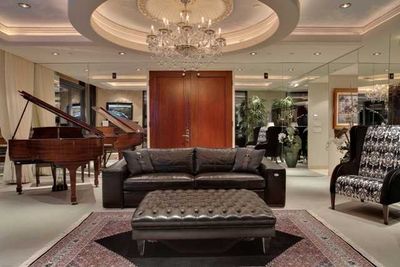 SPECIAL ONE TIME ONLY PRICE REDUCTION! OWNER FINANCING UP TO $5,000,000.00 WITH A SUBSTANTIAL DOWN & PREQUALIFIED CREDIT APPROVAL. 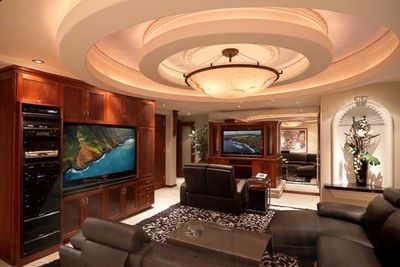 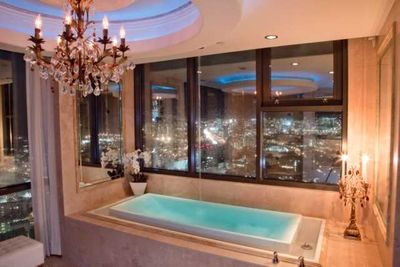 © 2011 HiCentral MLS, Ltd. Information is deemed reliable but not guaranteed. Based on information from the Multiple Listing Service of Hicentral MLS, Ltd. Listings last updated on Friday, January 21st, 2011. Some of the active listings appearing on this site may be listed by other REALTORS®. If you are interested in those active listings, our company may represent you as the buyer's agent. If the active listing you are interested in is our company’s active listing, you may speak to one of our agents regarding your options for representation. Listing courtesy of Coldwell Banker Pacific Prop..
Data services provided by IDX Broker
To secure your 30% commission rebate – contact us now
"Don't forget about our special Buyer Rebate Program that we offer – which is 30% of our commission is paid back to you the Buyer, as a rebate – in other words if you purchase a property for $500,000 you would receive $4,500.00 back to use for your closing costs, new carpet or paint, furniture or anything you like even cash if your lender approves"