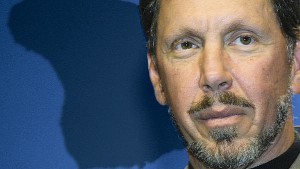 The University of Hawaii was scammed out of $200,000 for a Stevie Wonder concert last year, but Oracle Corp. CEO Larry Ellison pulled the right strings for the artist to perform in a private concert for his company employees that will take place in Waikiki on Saturday night.

The outdoor concert will only be open to Oracle Club Excellence 2013 members, but anyone in the area should be able to enjoy the sounds of Stevie Wonder, although they might not be able to catch a glimpse of him on stage.

The Kuroda Field perimeter of Fort DeRussy was barricaded Friday afternoon as preparations for the concert took place. A large stage and several tents were set up throughout the field. A Shock Top truck on the field suggested what the beer of choice will be.

I was told that Ellison himself, who owns most of the island of Lanai and interisland airline Island Air, will also be attending the concert.

Oracle Club Excellence is an incentive recognizing Oracle’s customers and partners that have excelled in driving business value together. Incentives are big business for Hawaii’s visitor industry, a segment of the market I wrote about in detail in August.

Hale Koa Hotel Director of Marketing Lucy Lau said Hale Koa will be providing the catering for the event, but she was careful not to say who the client or performer would be.

But the word is already out.

Veteran Hawaii concert Promoter Tom Moffatt, of A Tom Moffatt Production, wrote in Midweek on Wednesday that Stevie Wonder is performing a private show at the field on Saturday.

Oracle employees have also been buzzing about the performance on Twitter. According to their tweets, and conversations I’ve had in Waikiki, Counting Crows performed for Oracle Thursday, and Train is performing a private show on Friday night at a hotel.

The University of Hawaii Athletics Department fell for a $200,000 scam when it attempted to hold a Stevie Wonder fundraiser concert last year.