A Kahala Avenue estate that had some well-known owners throughout the years, including the co-founder of Zippy’s Inc. and Japanese businessman Genshiro Kawamoto, has been sold to an Arizona couple, according to public records.

The couple purchased the home from a subsidiary of Alexander & Baldwin Inc. (NYSE: ALEX) for about $3.1 million.

Located at 4398 Kahala Ave., the 3,144-square-foot five-bedroom, 4.5-bathroom estate was one of the homes purchased by A&B Properties Inc. in 2013 from Japanese businessman Genshiro Kawamoto.

Kawamoto, who bought the home in 2005 from Giorgio Caldarone, an executive with Kamehameha Schools, and Nella Caldarone, for about $2.9 million, became an unpopular neighbor in the posh Honolulu neighborhood after allowing some of his properties to deteriorate.

The home’s former owners include the late Francis Higa, co-founder of Zippy’s, who purchased the home in 1989 for $1.6 million.

Last month, A&B Properties told PBN that it is demolishing an existing home on another Kahala Avenue home that was formerly owned by Kawamoto. A&B said it is removing the existing structure for health and safety reasons, and that it has no plans for the parcel.

A&B Properties recently transferred the ownership of another one of its Kahala Avenue properties it purchased from Kawamoto.

The company said it is exploring potential residential construction on the little more than one-acre oceanfront vacant parcel at 4607 Kahala Ave. 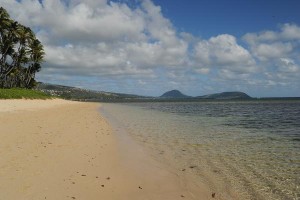 The beachfront property once owned by Hawaii philanthropist Cecily Johnston has been sold for $19.4 million to a Singapore-based developer.

Far East Organization, one of the largest private property developers in Singapore, paid $19.4 million for Kahala beachfront property that once hosted presidents and heads of state, according to public records.

PBN reported on the sale in November 2014, although it wasn’t known at that time who the buyer was.

Singapore-based Boo Han Holdings Pte. Ltd., an investment holding and property development firm and a subsidiary of Far East Organization, bought the properties at 4653 and 4653-B Kahala Ave. fromAlexander & Baldwin Inc., which in 2013 bought them from Japanese businessman Genshiro Kawamoto as part of a larger acquisition.

Kawamoto demolished the residence and allowed the property to deteriorate.

It had once been the home of Hawaii philanthropist Cecily Johnston, co-founder of Pacific Construction Co., who hosted such famous guests as President Ronald Reagan and former First Lady Jacqueline Kennedy Onassis.

In September 2013, A&B paid $98 million for 27 properties that Kawamoto owned and about three months later bought three more properties, including the two that Johnston had owned, for another $30 million.