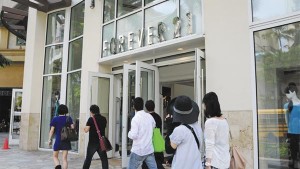 While Japanese investors are keen on Hawaii real estate, they are keeping their gazes focused on Oahu rather than the Neighbor Islands, according to a report from Title Guaranty.

Japanese investment in the Hawaii real estate market is surging. It is set to keep up the pace, spurred on by new projects in Oahu and Japanese institutional investors keen to snap up the new products.

This does not come as a surprise to some experts. Mike Imanaka, Title Guaranty’s senior vice president of data services noted that this is in line with past statistics and so far the Neighbor Islands are not considered as much as Oahu.

To the end of the summer this year Japanese investors have purchased 191 properties in Honolulu or $147.7 million worth, according to data from Title Guaranty. This compares to 197 and 240 for the entire years of 2013 and 2014 respectively.