The most expensive real estate markets in the world
CNBC.comBy Bianca Schlotterbeck | CNBC.com

The number of high net worth individuals – people with more than $30 million in investable assets – is forecast to rise by 95,000 over the next decade, according to Wealth-X, a wealth intelligence firm. The result is that each year there are more people who want, and more important, can afford, luxury properties.

Knight Frank found locations in Asia-Pacific tended to be the biggest gainers, but old favorites such as London continue to perform well. Meanwhile, the biggest threat to property markets is their own popularity, as the lack of local affordability can become a political issue, prompting governments to impose cooling measures. Consequently, several areas in the top 10 were subject to new regulations in 2012.

Click ahead to see the world’s top five most expensive property markets in 2012, and find out how much prices rose or fell during the year.

Experts say Paris is the city with the most potential to compete with London for foreign property investors. However, it was dealt a dual blow in 2012 by the euro zone crisis, and the new socialist government’s proposed 75 percent wealth tax. As a result, property prices fell by 4 percent.

President Francois Hollande’s proposals caused more than a few potential buyers to reconsider, and some owners to leave the country. The market saw buyer interest shift to Monaco, the Italian Riviera and Switzerland, according to Knight Frank.

Prime property prices fell by 6 percent in Geneva in 2012, due in part to stricter mortgage policies and uncertainty regarding a new set of laws and taxes.

However, Knight Frank said prices in Switzerland are set to rise again, as the country is forecast to see a 27 percent rise in its high net worth population between 2012 and 2022. Strict planning regulations will also curtail new developments in hotspots like Cologny in Geneva, where the house pictured is located.

Geneva’s on-going popularity is explained by its position as a global financial center, its excellent schools, safe environment and the Alpine ski resorts on its doorstep, plus Switzerland’s political stability.

One of the most renowned safe haven markets in the world, London property prices increased by 8.7 percent in 2012, despite a new stamp duty tax on properties worth over 2 million pounds ($3 million).

The London property market was fueled by money from continental Europe in the first half of 2012. Then as fears the euro might collapse dissipated during the summer, Europeans buyers were increasingly replaced by those from the Middle East, Asia, Africa and Russia.

The property boom looks set to continue in 2013, with the average price of prime central London property rising by 0.9 percent in February, the highest rate in 10 months, according to Knight Frank. Prices have risen every month since November 2010, and are now 55 percent above the March 2009 market low.

“London is like a separate economic zone, it is the global investment destination of choice among global investors at the moment and I think that will continue,” Richard Tice, CEO of property investment company CLS Holdings, told CNBC.

A recent Vanity Fair article on the owners of London apartments, such as the 6,000 ($9000) per sq. ft. one pictured here, read like a cross-section of some of the world’s richest people, including Arab sheikhs, Nigerian oil billionaires, and supermodel Naomi Campbell’s Russian oligarch boyfriend, Vladislav Doronin.

The Hong Kong property market is so hot the government is fighting to cool it down. Despite new restrictions – notably an extra 15 percent stamp duty for foreign buyers, including those from mainland China – the rate of price increase almost doubled in 2012 to 8.7 percent, up from 4.6 percent in 2011.

A million dollars will only get you about 200 square feet (19 square meters) in Hong Kong, with a villa on The Peak, such as the one pictured here, costing considerably more.

Knight Frank put the city’s popularity down to strong demand from both local and international owners, and investors who see the city as an international financial hub with a strategic geographic location and a liberalized economy.

Nevertheless, the government cooling measures are expected to impact property prices and Knight Frank forecast prices will move up or down by 5 percent.

The principality of Monaco has a reputation for being a playground for the super-rich. With only 36,000 people, it is renowned for its casinos, yacht-filled marinas and the Formula One Grand Prix.

The price of its property reflects this. A million dollars will buy you only about 170 square feet (16 square meters) in prime central Monaco, with housing developments such as the Tour Odeon, pictured here, going for roughly €60 ($77.90) per sq. m.

Top-end real estate in Monaco has benefited from a shift away from Paris, with prices up 2 percent in 2012 after France proposed a 75 percent top rate of tax. In addition, neither individuals nor companies resident in Monaco pay income or business tax, making it likely to remain a favorite destination for investors looking for safe haven assets.

Howard Hughes Corp. CEO David Weinreb told shareholders Tuesday that the developer expects to make a profit of $66 million from the ultra-luxury ONE Ala Moana condominium tower being built next to Nordstrom at Ala Moana Center, seen in this rendering.

The Howard Hughes Corp. expects to make a profit of $66 million from the ONE Ala Moana ultra-luxury condominium tower under construction behind Hawaii’s Ala Moana Center shopping mall, the developer’s CEO told shareholders on Tuesday.

Howard Hughes Corp. (NYSE: HHC) CEO David Weinreb said in a letter to shareholders that the units at the building, which is being developed in a partnership with Hawaii developers the Kobayashi Group and The MacNaughton Group, sold out for an average of $1,170 per square foot.

The cost of the project, including the value of Howard Hughes’ air rights, is about $900 per square foot, which means the developer expects to make a profit of $66 million, Weinreb said.

Mark Zuckerberg, founder, chairman and CEO of Facebook Inc. (Nasdaq: FB), is reportedly one of the buyers of several multimillion-dollar units in the 23-story ONE Ala Moana project, which is being built atop a parking garage adjacent to the Nordstrom department store.

The company expects Ward Village to “capture premiums” in the same way buyers have paid premium prices to live in the company’s Summerlin development near Las Vegas or The Woodlands near Houston.

Weinreb noted that the Ward properties it had acquired from General Growth Properties (NYSE: GGP) generate about $23 million a year in net operating income. Howard Hughes has plans to build about 500 market-rate units and at least 125 work-force units as part of the Ward Village master plan.

“While we have not yet determined pricing for our first phase towers, market data suggest that comparable existing ‘front row’ product with unobstructed ocean views resold in 2012 at an average price of approximately $1,400 per square foot,” Weinreb wrote. “Hokua, which is the condominium tower adjacent to Ward, resells at the highest average price per foot of any condominium tower in Honolulu, approximately $1,400 per square foot.”

Hokua was also developed by a partnership of the Kobayashi Group and The MacNaughton Group, along with A&B properties, the real estate arm of Alexander & Baldwin Inc. (NYSE: ALEX). 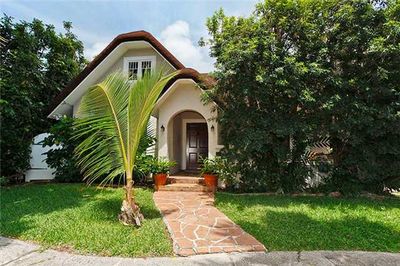 This is a one-of-a-kind gem at the base of Diamond Head! With very few homes in this classic neighborhood of vintage properties, you will have the best of all worlds. The cottage has all the modern conveniences while in keeping with its historic past. Enjoy being steps away from the Surf and Kapiolani Park. A true walking neighborhood. It's all about lifestyle! In the Hawaii Historic Registry! 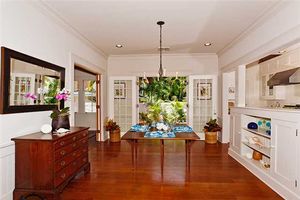 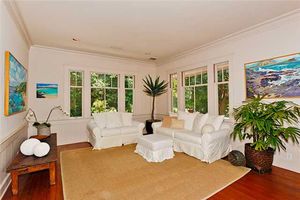 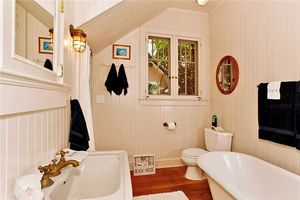 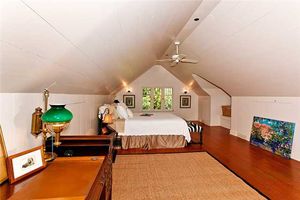 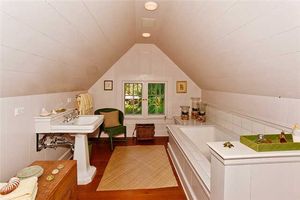