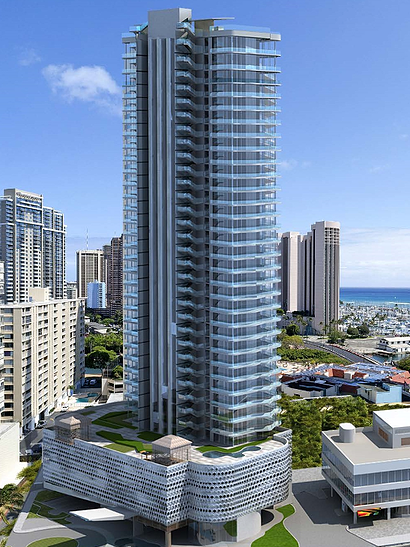 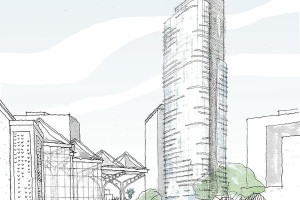 A hotel could be part of a new mixed-use project being planned for the corner of Kapiolani Boulevard and Atkinson Drive in Honolulu across from the Hawaii Convention Center and near Ala Moana Center, the developer told PBN.

Ratkovich and Witte, who have formed Manaolana Partners for the development, and Kaijima Kagaku have agreed to combine their properties, which total about 51,000 square feet, to build the 400-foot high-rise project that was first reported by PBN.

Manaolana Partners’ lot is about 36,000 square feet and is located behind the Atkinson Center, which includes such retailers as 7-Eleven, Subway and Supercuts.

Kaijima Kagaku’s lot, which is occupied by the Atkinson Center, is about 15,000 square feet.

“We approached the owners of the property next door and reached an agreement with them to form a joint agreement,” Ratkovich said.

He told PBN that, conceptually, it is a residential project that could have a hotel component.

The current zoning for the property does allow for hotel uses, Ratkovich said.

“We would love for it to have a hotel component if we can figure out how to make it work financially,” he said. “We’re not at that point yet, this is purely conceptual.”

Witte noted that the number of units making up the project is still to be determined.

Ratkovich, who was part of the development team for the Wailea Beach Villas on Maui and once helped raise $75 million in financing for the Airport Industrial Park in Honolulu, said that it is going through the transit-oriented development process right now.

“We have filed our application, and initiated traffic studies, sewer capacity studies, community outreach,” he said. “We have been working with the mayor’s office, visited with every council person and we’re gathering information and opinions, working on a community benefits package.”

Ratkovich pointed out that if everything goes as planned, that process should be completed in the next six months.

Salem Partners is the equity partner on the project. A construction lender has not been decided upon yet.

Honolulu-based Architects Hawaii is handling the design of the development.

No construction firm has been chosen yet.

The development is the second tower being planned for the area.