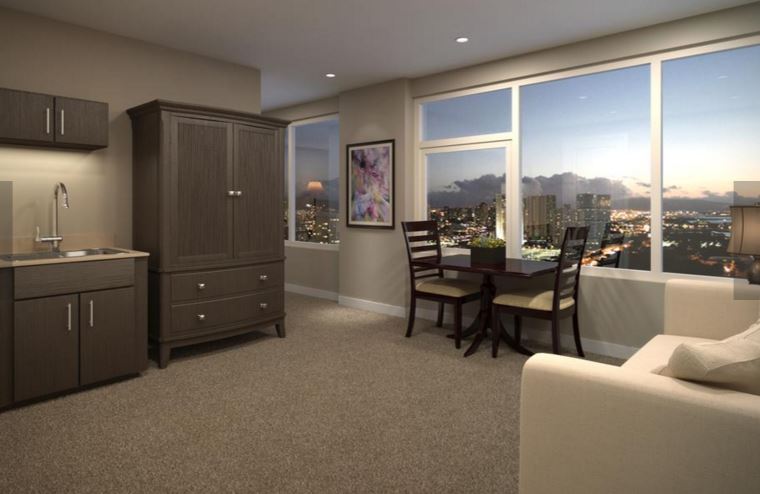 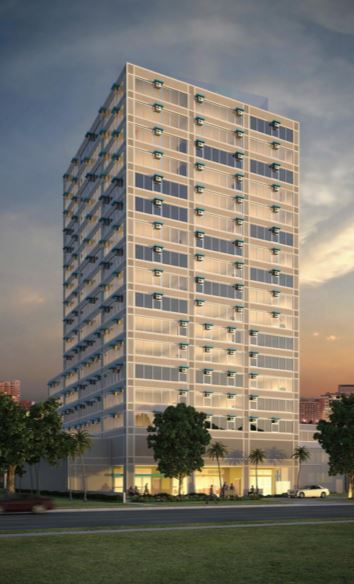 The building under construction on Kalakaua Avenue will soon be a 17-floor senior living high rise.

The $75 million project is located at 1723 Kalakaua Ave. across the street from the Convention Center and near Ala Moana Center.

Hawaii native and Kalakaua Gardens General Manager Steve Nawahine most recently served as the executive director of Chandler Health Care Center in Greater Phoenix and is returning home to run the facility.

Nawahine said he expects the skilled nursing component to be in high demand and will be valuable for tenants when they get hurt and need rehabilitation and occupational therapy in-house.

“When seniors get hurt, normally they’d have to go to hospital then a nursing home to get,” he said. “In this setting, they’ll be able to go into skilled nursing get the care they need, and go right back up to the floor they came from.”

When the building is full, 150 to 200 employees will be hired, Nawahine said, including 20 management level positions, 80 in-care and support staff jobs and 60 positions in dining, housekeeping and support staff.

San Francisco, California-based Island Paradise Investments is the developer for the project.

“There’s a great need for this in our community,” Nawahine added. “The building was built for ohana-style living — when elevators open you don’t see hallways, you see living and dining rooms where people are encouraged to live and be social with one another.”