Downtown Honolulu is the current historic, economic, governmental, and central part of Honolulu—bounded by Nuʻuanu Stream to the west, Ward Avenue to the east, Vineyard Boulevard to the north, and Honolulu Harbor to the south—situated within the City of Honolulu. Both modern and historic buildings and complexes, many of the latter declared National Historic Landmarks on the National Register of Historic Places, are located in the area

The Capitol District, or Civic Center, contains most of the federal, state, and city governmental buildings and is centered on the Hawaiʻi State Capitol, ʻIolani Palace, and Honolulu Hale (city hall). It is roughly bounded by Richards Street on the west, Ward Avenue on the east, Vineyard Boulevard to the north, and Nimitz Highway to the south.

Centered on Bishop Street and Fort Street Mall, the central business district is roughly bounded by Nuʻuanu Avenue, Nimitz Highway, Richards Street, and Vineyard Boulevard. This area contains most of the headquarters buildings of Hawaiʻi-based companies and most of the skyscrapers.

Chinatown, Honolulu: Located between Nuʻuanu Stream and Nuʻuanu Avenue, Chinatown at one time was the center of Chinese cultural contact on the island. Central to this area is the open-air Oʻahu Market. The area around Nuʻuanu Avenue has become an Arts District, thanks to the renovation of the Hawaiʻi Theatre. 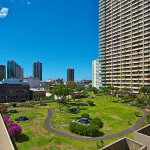 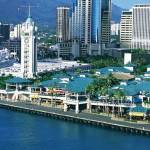 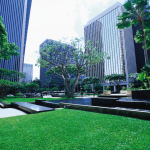 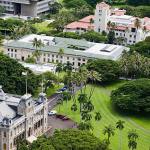 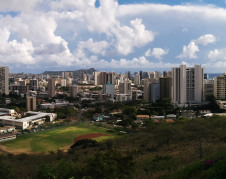 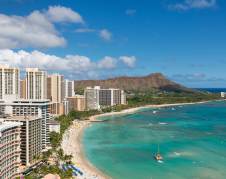 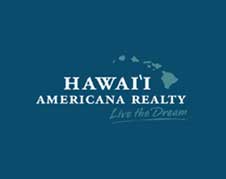