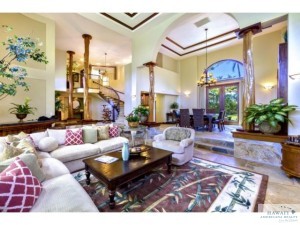 Hawaii-born Grammy-winning singer Bruno Mars’ Honolulu home, which was originally put on the market last year for $3.5 million, has been sold for $2.7 million, according to public records.

PBN first reported that the Roosevelt High School alumnus listed his two-story home last year for $3.5 million, according to the Realtor who listed the East Honolulu property.

However, earlier this year, David Buck, the Realtor for Hawaii Life Real Estate Brokers, who had the listing, told PBN that Mars decided to take his home off the market.

The asking price was eventually lowered to $2.99 million with a new listing agent.

The total assessed value of the property is about $2.6 million, with the land valued at nearly $1.4 million and the home, which was built in 1991, valued at $1.25 million.

The closure of the sale of Mars’ home was on May 19.

Mars, who gave a rousing performance at the Super Bowl halftime show a year ago and shortly after made appearances in Honolulu for several shows, bought the four-bedroom, 4,124-square-foot home in Portlock in 2012 from John Browning, heir to the Utah-based firearms company Browning, for $3.1 million, according to property records.

The property is situated just one home away from the ocean on more than a third of an acre, and has a pool, hot tub and a cabana with a gas grill and kegerator, the listing said.