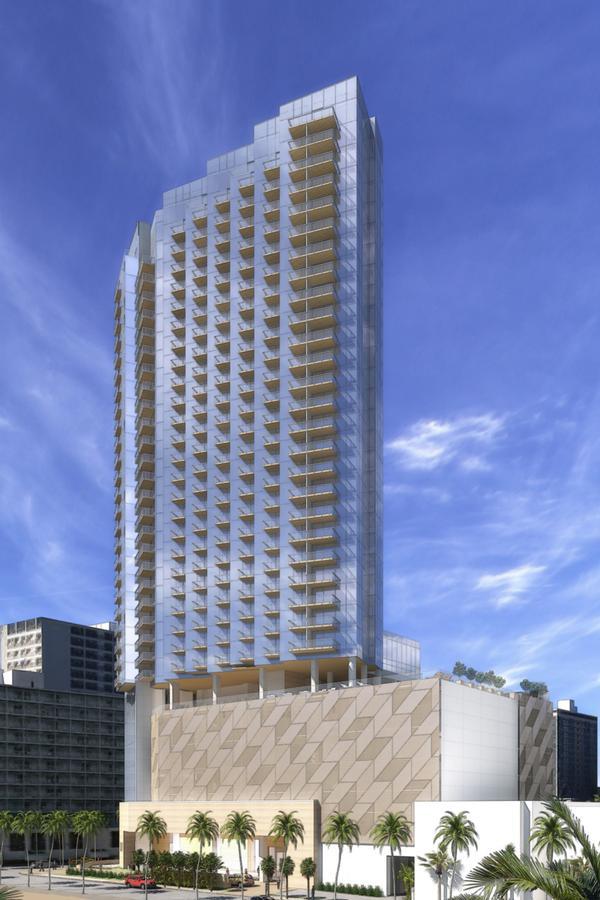 A public filing is revealing more details about the redevelopment of the King’s Village shopping center in Waikiki into a 33-story condo-hotel.

Developers are The MacNaughton Group, Kobayashi Group and BlackSand Capital.

The 248-unit, mixed-use 133 Kaiulani project, which will be located behind the Hyatt Regency Waikiki Beach Resort, will result in the demolition of the King’s Village, Prince Edward apartments and Hale Waikiki, according to a draft environmental assessment.

It will consist of one- two- and three-bedroom units along with ground floor retail space.

There also will be a lobby lounge, bar lounge, restaurant, event spaces, executive offices, a main pool deck, and a fitness center and spa, according to the environmental assessment.

Construction is expected to begin in 2016 and be completed in 2018.

Earlier this month, a member of the development team released a rendering of the project, which once called for 256 units.