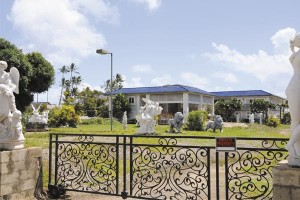 This home in Honolulu’s Kahala neighborhood is one of the properties formerly owned by Japanese businessman Genshiro Kawamoto before it was rehabilitated and marketed by Alexander & Baldwin.

Alexander & Baldwin Inc. has sold about half of the Kahala properties it acquired from Japanese businessman Genshiro Kawamoto in 2013, the Honolulu-based real estate firm said in its 2014 annual report released Monday.

The properties were in various stages of disrepair, and A&B began immediately to prepare them for sale.

In 2014 alone, A&B generated $38.4 million in sales from the properties, with 14 remaining on the market, including six large oceanfront parcels.

A Hawaii real estate expert previously told PBN that the properties could fetch at least $200 million.